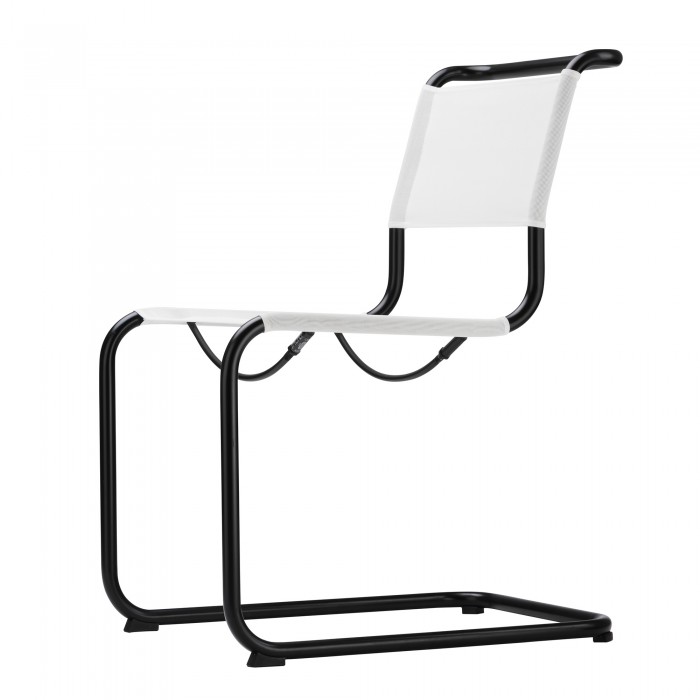 S 33 N All seasons armchair, designed by Mart Stam and manufactured by THONET.

A cubic shape, clean lines, harmonious proportions, a dynamic spring effect: the S 33 and S 34 cantilever chairs, which mark the start of a new generation of chairs, combine modernity and tradition. "Why four feet when two are enough?" This is the question artist Kurt Schwitters asked himself in 1927, when he saw the first cantilever chairs in furniture history. The two chairs S 33 and S 34 caused a sensation at the Werkbund exhibition which opened in 1927 at the Weißenhof in Stuttgart. As early as 1925, Mart Stam experimented with thin tubes of gas lines which he connected with flanges, as used by plumbers. He will then develop the principle of cantilever chairs which no longer rest on four legs, a principle whose sobriety will become an important element in the history of modern furniture design. Much more than furniture with a rational design, its S 33 and S 34 cantilever chairs were then part of the revolutionary overall concept of a new style of architecture and life that is beginning to take hold.