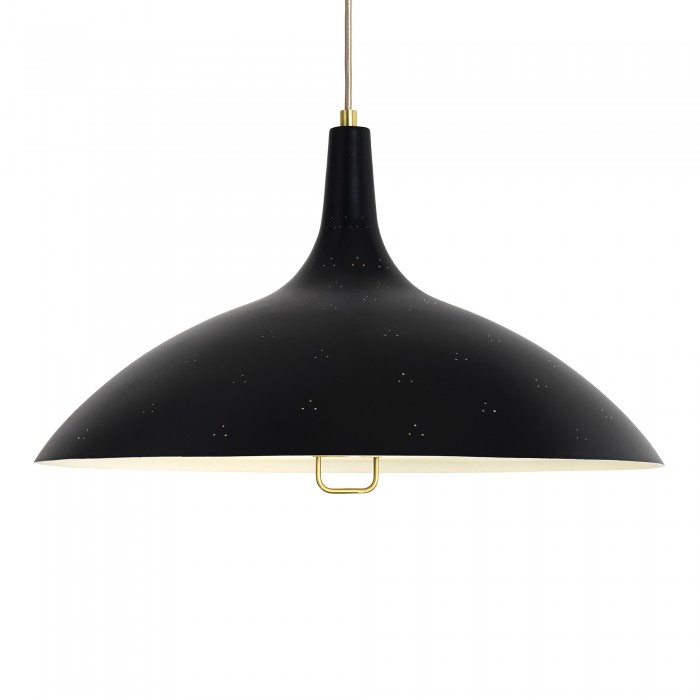 The 1965 pendant was originally designed by Paavo Tynell in 1947. Like many of his best known
drawings, the pendant was designed to the house of Finland in New York - one of most ambitious and successful projects of all time to showcase Finnish design. Perfect the techniques of metal finishes, Tynell developed the 1965 pendant with his exceptional ability to capture and translate a grace and exuberant lightness in its brass creations. Characterized by its triangular perforation pattern, an artistic detail used by Tynell in many of his lighting objects, the 1965 pendant reflects the distinguished the craftsmanship of the Finnish designer. With a frosted glass diffuser that softens the light, the pendant contributes to a subtle and quiet environment.